As a student in the Political Science program, Katherine Johnson completed two internships with the Oakland Police Department in Oakland, CA.  Katherine is now a graduate student in Appalachian’s MPA program.  Here is what she shared about her internship experiences:

"During the first internship, I was assigned to work with a captain of police.  That summer was a great learning experience. I went on weekly ride-a-longs where I learned the everyday functions and requirements of patrol officers. I had the opportunity to organize a community meeting where citizens provided input to the department about what they wanted changed. I also assisted my supervisor in making a report which went to the city council to expand the department’s contract with California Highway Patrol. On a daily basis, I worked the front desk and helped citizens fill out incident reports. 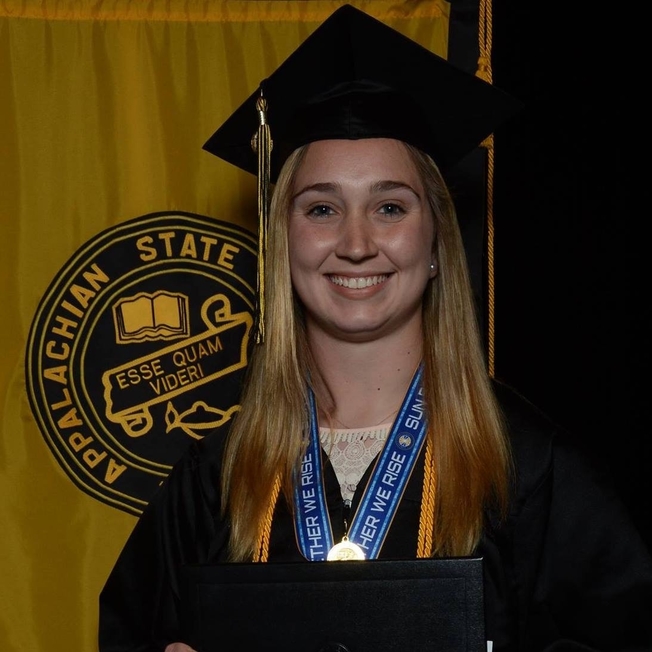 During my second internship, I was assigned to work full time in the Office of Chief of Police Research and Planning Unit. My main responsibility was to create and update policies for the department. By the end of the summer, I created more than 50 policies. The Golden State Warriors won the NBA championship during my time with Oakland. So, I assisted in creating a detail for the celebration parade, which was attended by over one million people. Another project I completed was the creation of the annual report.  Both internships were very beneficial. What I learned and experienced will help me in a future career in law enforcement."