An energy study conducted by a team at Appalachian State University suggested ways the Watauga County Detention Center can do to cut down on energy costs.

In 2012, the sheriff’s office building spent about $65,000 in energy usage — 80 percent of this in electricity and 20 percent in propane, according to ASU criminal justice professor Jeff Holcomb.

“You’re talking about a pretty substantial amount of money for a relatively small county each year,” Holcomb said. “There’s an increasing amount of awareness of the fact that jails and prisons consume a lot of energy.”

Holcomb presented an idea of conducting an energy study of the detention center approximately five years ago to faculty members in ASU’s Department of Sustainable Technology in the Built Environment. Holcomb and professors in the sustainability department — Ok-Youn Uyu and Jeff Tiller — thought the study would be a good learning opportunity for a graduate student.

ASU awarded Alex Lowrie, who graduated from ASU in December, $24,000 to pay for her assistantship for the study and was able to use the project for her thesis, Holcomb said. The team suggested the idea to the sheriff’s office in 2013 and started collecting data in 2014.

“They agreed to allow us to come into the facility, take a bunch of measurements, tour the facility multiple times with the goal of finding out where does the jail seem to be using energy,” Holcomb said.

The university granted money to purchase formula calculation programs that are used to evaluate how much energy would be saved by certain changes to a building — such as lighting or windows — and impacts on cost. These programs have pre-formatted settings for building such as schools, hospitals and restaurants, but not for detention facilities.

Lowrie used the two most common energy simulation packages —eQuest and IES energy modeling — to collect data about the detention center and determined which model was a better predictor of energy use.

Holcomb said data was collected once every four weeks for close to two years. The team wanted to collect energy data from all seasonal changes to see how numbers differed throughout the year, Holcomb said.

Based on the research collected, Lowrie made recommendations to the sheriff’s office of changes that could be made to save on energy. Many factors had to be considered before making the recommendations.

As detention facilities can be incredibly expensive to build, the structure tends to be around for a long time before needing to rebuild a new one, Holcomb said. He said the most effective way to save costs with this type of facility is to incorporate renewable technologies in the existing structure.

“One of the things we have to figure out and work around is that the jail or a prison is not a normal building,” Holcomb said. “They operate 24/7, they have residents who live there 24/7, their security features, the way they’re designed and operational features are unique considerations.”

Other security risks would also have to be taken into consideration. If the energy-efficient upgrade requires labor inside the inmate pods, inmates could potentially need to be moved, Holcomb said.

The team made a presentation on their findings to Sheriff Len Hagaman, Capt. Kelly Redmon as well as Watauga County Manager Deron Geouque. Suggestions made during the presentation identified the most cost-efficient changes concerning water, heating/cooling and computer equipment. 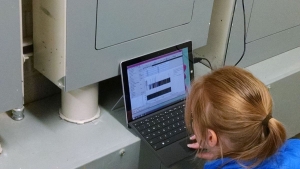 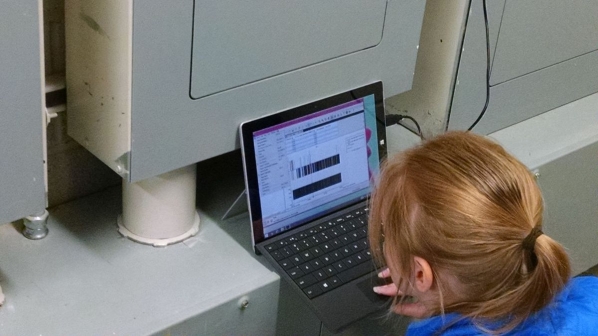